Kerosene consumption greatly increases as the cold weather draws in, mostly to provide heat and warmth in domestic and commercial buildings.

As a UK leading fuel supplier, kerosene is one of our most popular products. To ensure you have a full understanding of the versatile heating fuel, we’ve put together a fact-filled guide.

Kerosene is a hydrocarbon liquid used in a wide range of industries and homes to provide predominantly heat, and also light and power. Kerosene is usually colourless or pale yellow, similar to heating oil, and is therefore regularly used as an alternative. The only key difference is that it condenses at a lower temperature during the production process.

Kerosene has many names

What is kerosene used for?

Many homes that are located in rural areas do not have access to the national gas or power grid. So a popular cost-effective and clean-burning option is to use heating oil which is burned in boilers and is commonly used to heat off-the-grid homes.

Over 1.5 million UK homes use heating oil as an alternative to gas. Depending on where you live and how big your home is, heating oil can often be cheaper than gas.

A house that uses heating oil is largely similar to one connected to the mains, except for two key differences: the fuel is delivered by a tanker and is stored in a plastic or steel fuel tank outside, rather than being pumped directly into the home via underground pipes.

Heating oil is also used by many industrial and commercial customers and is therefore commonly known as industrial heating oil. It is used as a cost-effective method to heat buildings with vast enclosed areas such as warehouses, factories, schools and colleges. It’s estimated that around 200,000 – 250,000 rural businesses also rely on heating oil for space heating.

The first written records of kerosene distillation were in the 9th century by a renowned Persian scholar, Razi (Muhammad ibn Zakariya al-Razi). In his Book of Secrets (Kitab al-Asrar), he discussed two kerosene production methods.

Later, during the Chinese Ming Dynasty between 1368 and 1644, the Chinese produced kerosene through the extraction and purification of petroleum and then converted it into lamp fuel. The Chinese used petroleum for lamp oil and heating homes as early as 1500 BC.

During the 1700s, coal oil, as it was known back then, was popular amongst chemists as a by-product of the production of coal tar and shale oils. However, it wasn’t viewed as a feasible lamp oil for indoor lighting as it produced a smoky flame when burnt Instead, indoor lamps used whale oil, explicitly from sperm whales, which burned brighter and cleaner than other heating oils at this time.

Fast forward to 1846, and Abraham Gesner, a Canadian geologist, first claimed to discover kerosene. He disclosed his breakthrough during a public demonstration where he heated coal and distilled a fluid which he believed was the perfect lamp fuel – kerosene.

However, Gesner’s discovery faced several obstacles as distilling kerosene from coal was extremely expensive and therefore difficult to produce.

Gesner realised that albertite was a much cheaper option, but he failed to gain permission in court to use it in his hometown, New Brunswick.

The geologist never gave up hope and willingly moved to New York in 1854, where he gained support from a number of businessmen. Shortly after, they launched the North American Gas Light Company and successfully began to produce kerosene for the very first time.

Gesner’s discovery of heating oil played a crucial role in changing the oil industry, as whale oil was phased out and replaced by the leading home heating oil.

Following the drilling of the first oil well in Pennsylvania by EL Drake in 1859, petroleum soon became the main source of kerosene.

Where did kerosene get its name from?

Gesner came up with the term kerosene, a contraction of the Greek “keroselaion” which means wax oil. However, it took another 8 years for him to register a trademark on the name during 1854.

How is kerosene made?

The production of kerosene is relatively straightforward; it’s produced through fractional distillation which separates the compounds which form crude oil. The process leaves a clear, thin oil which is around 0.81g/cm3 (gram per cubic centimetre) in density.

Kerosene’s chemical composition is a mixture of hydrocarbon chains in varying lengths. This differs depending on its source but it usually comprises around 10 various hydrocarbons which contain 10 – 16 carbon atoms per molecule.

The predominant ingredients are saturated straight-chain and branched-chain paraffins and naphthenes (also known as ring-shaped cycloparaffins).

Kerosene has the exact chemical composition as diesel and can therefore work in most of the same heating applications. It’s always best to check with your engine manufacturer before swapping fuels.

Many people use red diesel in industrial furnaces and boilers, but industrial heating oil (IHO) is a much more cost-effective way to heat your commercial buildings that produces the same amount of energy but for less. IHO can be used as a direct drop-in replacement for diesel, to find out more call %tel% today.

Heating systems help make homes and businesses more comfortable, but also account for around 42% of your energy bill.

To keep your heating bills low, it’s always best to buy in bulk during the summer and autumn before the cold months kick in. This is because prices are generally low since demand is also generally low.

Buying in bulk allows you to lock in great savings instead of paying for small, intermittent deliveries. We have a wide range of large storage tanks on offer, perfectly suited for the bulk storage of your fuels. Get in touch today to find out more about our tank storage solutions.

Kerosene can’t be set on fire with a match. In liquid from, it’s non-explosive and cannot mix with the air to become explosive. For it to ignite, it must be vaporised.

Inhaling heating oil fumes is not deadly and there is only an extremely small chance of carbon monoxide entering your home. It releases low emissions, meaning it’s a fairly clean fuel to use as heating.

It also produces the hottest flame of all home fuel sources, making it the most efficient method for heating your home quickly. In fact, it burns 300 degrees hotter than natural gas, allowing it to heat your home faster and maximise its output.

A surprising fact about kerosene is that it can clean motorcycle chains and bicycle chains. High quality industrial heating oil contains additives which improve the performance of equipment, allowing them to successfully clean them.

Rocket fuel kerosene, also known as RP1 type kerosene fuel, is commonly used in jet engines as rocket fuel when mixed with oxygen. Kerosene has many benefits over other fuels when used as jet fuel.

Another benefit of using kerosene in airplanes is that it’s less volatile than gasoline. Its high flash point of 38oC means it offers higher octane ratings to achieve greater power and efficiency when compared to gasoline with a flashpoint as low as -40oC. This property makes kerosene a much safer fuel to store and handle.

Kerosene has a low viscosity rating which means it’s thinner than gasoline. This is an important factor as highly viscous fuels can block internal channels in an airplane’s engine. Kerosene’s low freezing point maintains its thinner consistency during flights, allowing it to easily travel through the engine and connected components.

Around 1.2 million barrels of kerosene are used worldwide every day

While the popularity of kerosene has reduced since the introduction of gas and electricity, many people still rely on kerosene across the world. A typical barrel can hold 205 litres (45 gallons) of kerosene which adds up to 246 million litres (54 million gallons).

So during one year, the world’s kerosene consumption is around 19,710,000,000 gallons which is almost 20 billion gallons.

Where can you buy kerosene today?

Kerosene is widely available across the UK, making it one of the most popular heating oils available for heating homes and businesses.

No matter whether you have further questions about kerosene, or would like to call and request a quote or purchase kerosene. Our team of kerosene experts will be able to help you by calling us today on 0330 123 1144. Whether you need to order a barrel of kerosene or require a large bulk delivery of 500 litres through to 36,000+, we can cater for all your heating oil needs. 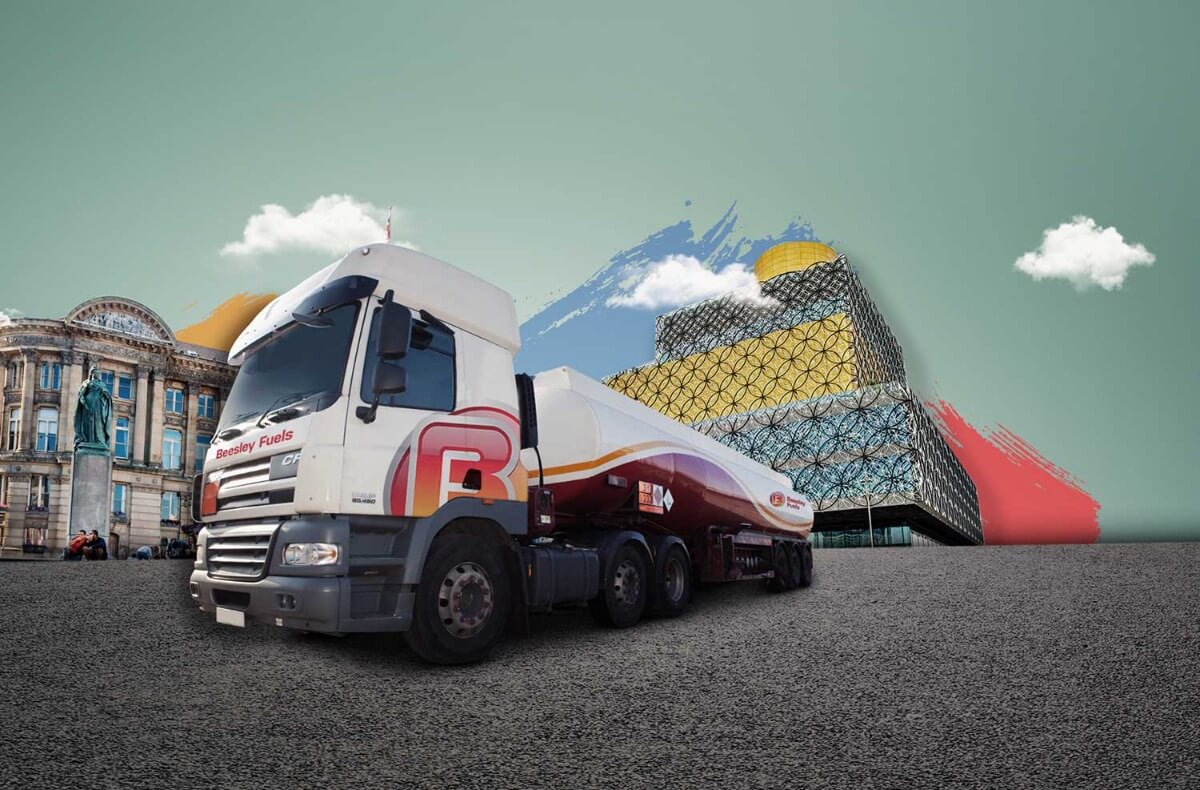 We deliver on our promise, with 92% of our orders successfully delivered within 24 hours.

We can come to your rescue with our emergency deliveries, helping you avoid unplanned downtime.

We don't just supply fuel, we have the tools and expertise to help you fuel your business responsibly.

With us, you’ll have one point of contact throughout, who will know your fuel needs inside out.