Gas oil is surrounded by a lot of confusion due to its different names and recent changes in product specification. Is it illegal to use? Is it the same as regular diesel? Can it be used all year round? We answer these and many more questions below.

As a UK fuel and environmental industry expert, we’ve taken an in-depth look at gas oil, including its uses, characteristics, where to buy it and much more.

What is gas oil?

Gas oil is a commercial fuel that’s used in many industries to power machinery and vehicles, such as the agricultural, construction and marine sectors.
It’s also commonly used by businesses for heat generation.

You may have heard gas oil also being referred to as red diesel, tractor diesel, 35-second burning oil and plant fuel to name a few. These terms are all referring to gas oil.

Is gas oil the same as diesel?

Gas oil and regular diesel (DERV) are virtually the same fuel, except gas oil is strictly prohibited to be used in on-road vehicles. This is because gas oil carries a much lower tax rate than the regular diesel that you buy at the petrol station. This makes gas oil a much more cost-effective alternative, as it doesn’t carry the same levies on tax as DERV.

What colour is gas oil?

Gas oil contains a red dye that can be easily traced (hence the name red diesel) to help the police and DVSA identify illegal usage. Road diesel is not dyed, which is why it’s sometimes called white diesel.

If you’re found using red diesel in road vehicles, you could be subject to a hefty fine or prison sentence.

What’s the difference between gas oil and heating oil?

Gas oil and heating oil (also commonly known as heating oil, paraffin, kero and 28-second oil) are both commonly used in commercial boiler applications. However, industrial heating oil (IHO) is a much cheaper option as it’s low-sulphur and more efficient than gas oil.

Both fuels have almost the same calorific value, meaning you generate the same amount of energy when using IHO as you would with gas oil.

What’s more, no modifications are required to your system if you change from red diesel to IHO.

If you’re unsure about what vehicles and machinery can use gas oil, please get in touch on 0330 123 1144. We can advise you on how you can use the fuel legally and save you money on your fuel costs too.

What is gas oil made from?

Gas oil is produced through a refining process where crude oil is pumped out of the ground to produce a thick, black liquid that’s known as petroleum.

Through the process of distillation, crude oil transforms into a variety of fuels, depending on the way it’s distilled. 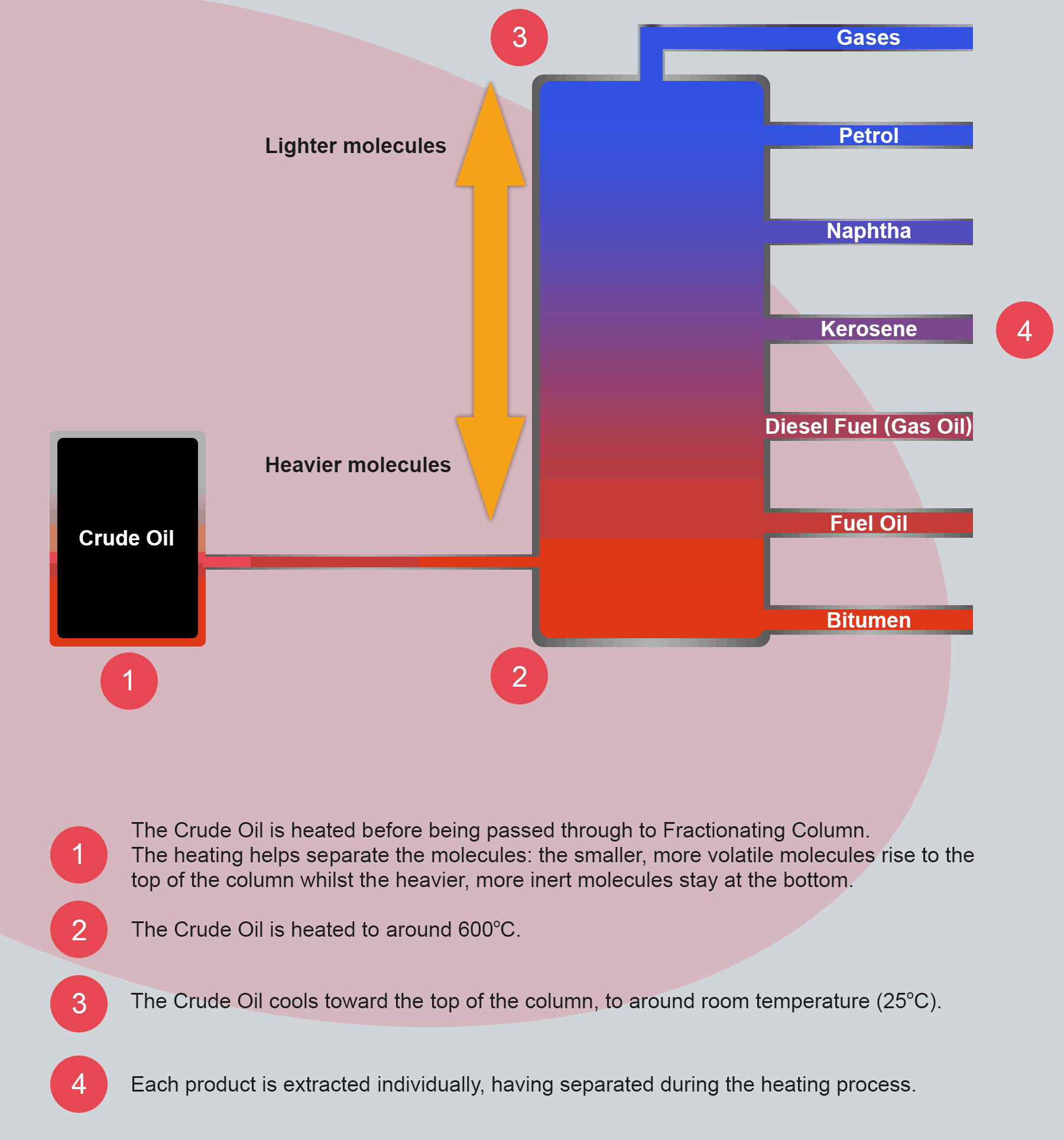 What is gas oil used for?

Some of the more popular uses for gas oil include:

Agricultural industry – Tractors, lawnmowers and combine harvesters are all powered by gas oil in the agricultural sector.
Many farmers use the fuel in grain dryers and heaters that need powering too. However, industrial heating oil is a much cheaper option for heat generation.
Smelting industry – Lots of gas oil is needed to get the heat up to the required temperatures for the furnaces to melt the metals.

Aviation industry – Gas oil is sometimes used to power jet engines, however, nowadays, kerosene is used more often than not.

For a more detailed explanation, we suggest you visit the HMRC for information surrounding red diesel use.

Has the specification of gas oil changed?

Environmental legislation has necessitated cleaner fuels with less harmful emissions which have meant the British Standard for Gas Oil has had to change the specification to adhere.

Sulphur has been recognised as one of the most hazardous components in gas oil but was historically needed as a lubricant within the fuel.

This has led to a decrease in shelf life which means more regular fuel testing and analysis is needed to protect your assets and operations.

Do you need a licence to buy gas oil?

No, you don’t need a licence but you’ll need to sign an RDCO form.

What’s more, the company who you purchase gas oil off must be registered with HMRC. It’s their responsibility to ensure that the fuel is being used legally.

They have a legal duty to pass on details of their transactions to HMRC which can be then used by the Road Fuel Testing Units (RFTU) if they suspect incorrect usage.

Can you mix gas oil with other fuels?

You must never mix gas oil with other petroleum products as it’s illegal and could breach HMRC regulations in relation to payment for excise duty.

But there is one exception: industrial heating oil.

Red diesel can be directly topped up with IHO without having to empty the tank first.

Can gas oil be used all year round?

Gas oil has seasonal requirements that vary for both summer and winter use.

Winter grade gas oil can be used all year round as it’s more resistant to cold (-12°C CFPP min). The blending of the fuel is altered during the colder months to improve performance.

Summer grade gas oil is only suitable for use during the warmer months as it has limited resistance to the cold (-4°C CFPP). If you use summer grade fuel in winter, you’ll experience operative problems such as engines failing to start.

What is marine gas oil?

Marine gas oil is a fuel used in seagoing vessels. ‘Bunker’ refers to a vessel’s fuel tank, which is why it’s often called bunker fuel too. Oil in the marine industry varies hugely, but here are the most popular nicknames it receives:

What is gas oil flash point?

Beesley Fuels can come to your rescue with our 24 hour delivery service.

92% of our fuel orders are successfully delivered within 24 hours.